Migrating your site to WordPress

Migrating your site to WordPress 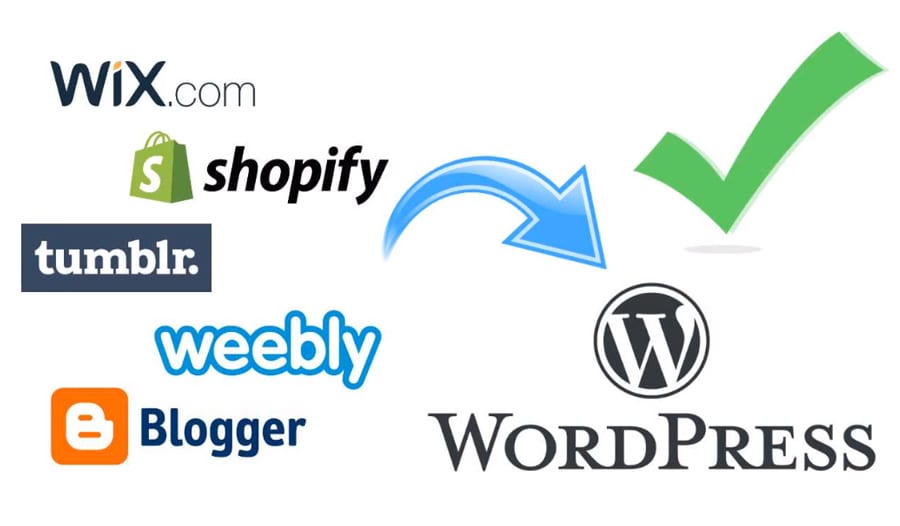 Nearly ha third websites are now hosted using the WordPress system.  It’s a staggering amount, but it’s because WordPress is so clever, so advanced, and actually, quite a nice system to use.

Since we adopted it many years ago, we have been called upon more and more, to do simple little website, and much larger ecommerce websites.

We use to do Bespoke only

Before we used it, we built websites from scratch – bespoke websites. We had some templates we used, that we had written, but it was also a long job.  But with WordPress, creating a site takes much less time, and if you know your coding, and your ‘SEO’, you can do genius things.  Our clients websites that moved to WordPress have developed so much, and their Google ranking has shot up considerably.

We have tried Shopify at 79DESIGN, and it is OK for many folk.  But when someone asks us why their site isn’t ranking well, and it’s down to SEO, Shopify is often the cause.  It allows a non-coder to build a site really easily.  It’s startling how easy it is actually.  This is testament to Shopify.  However, when it comes to SEO, we found it to be seriously tricky.  You couldn’t change any code.  If there were multiple codes where there should be just ‘one’ element of it, you had no way to control it.

With WordPress there are ways to do so much.  We have commerce sites now that rank in the top five, some at number one, purely because they were migrated to WordPress, and the WordPress SEO has been fine tuned.

Another example was a client who had Wix.  They used it as it was really very cheap (might even have been free), but they appeared nowhere online, so they had to pay for Adwords.  After a chat with them, we took on the website and now they are climbing the boards of Google and others; their stats show great progress!  We still work on the website today, with new implementations across the platform.

Migrating to WordPress is sometimes easy, something awkward.  It depends very much on the platform we are migrating from.

With Wix, sadly we cannot just migrate.  We do have to rebuild, but we can do so using similar styles to their original website.  Blogger, Journal, Typepad and Weebly can all be migrated it all over.  They do however come with a ton of code that we then have to strip out.

Shopify, as you can imagine we have to migrate all categories, products, photos etc.  But this is all made relatively straight forward.  Then it’s down to the design of the WordPress site, configuring it all and so on.  But the ‘migration’ means a job that might have taken weeks, could take just an hour.

We are not here to knock these other systems.  They certainly have their place.  But our firm belief, particularly from the results we have seen shows that WordPress is the system to use if you want a mobile friendly, SEO optimised, customisable website.  And once you are migrated, we provide monthly WordPress Maintenance for your platform, and can incorporate this with WordPress Support too, to keep your site fully up to date.

To get a little more detail, visit our Migrations to WordPress page, or complete the form below and let us know about your requirements.

Or click the Livechat if it says we are ‘online’.